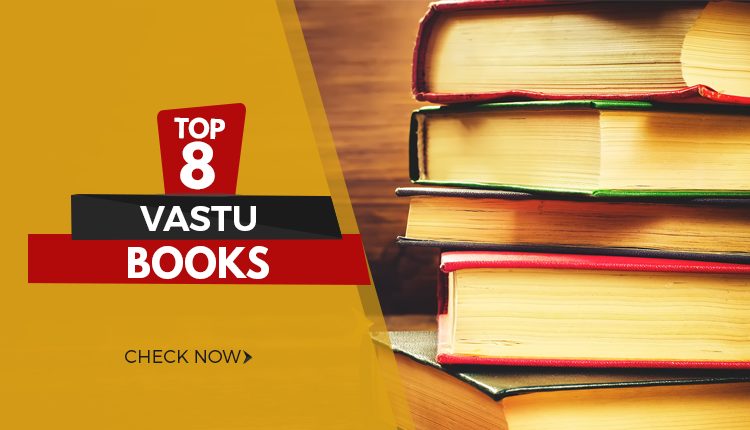 Vastu is the old, ancient science of harmony of form. It can be called as Vedic foresight of construction, of architecture, of harmony, of layout and design of all objects. It stems from an ancient understanding of the natural forces created. With Vastu, we can create an abode of calmness and understanding where we are content and spiritually balanced as well as satisfied.

Vastu is a traditional Hindu system of architecture which is literally called as the science of architecture. It is a part of Vastu Vidya which further explains the architecture and design theories of ancient India. There are many Vastu Books introduced till now which presents various ideas, facts, and concepts on this topic, that are further explained below.

Some of the must reading Vastu Books are:

1. Sthapatya Veda - Sthapatya Veda is one of the most important Vastu books. In this book, the Science and technology of Vastu Shastra is re-defined re-interpreted and its relevance and all-time universal applicability re-established. This book is written by Dr.V. Ganpati, the ancient science of Sthapatya Veda provides extensive knowledge about life supporting building and design principles. A Sthapatya Veda designed home will promote harmony, wisdom between parents and children, better physical health as well as more financial security. This book is both a scholarly interpretation of the philosophical principles of Sthapatya Veda. Apart from the valuable textual matter, the book is also enhanced with demonstrations on the designing process and aesthetic advanced treatment for buildings based on Vastu.

2. Vastu Architecture - This book by, Michael Bordon, about the science of Vastu was written as a simple and clear, yet detailed exposition on the knowledge and basic technological applications for the design of secular Vastu buildings - such as homes and offices. Vastu creates a solid structure that is in vibrant with earth, Cosmic and divine energies. Being a fully illustrated book, with clear and easy examples to interpret drawings, this book is very accessible to a general audience and also does not requires any background knowledge of architectural design. It is technically rich, yet layman-accessible knowledge base provides the reader with all the requirements to create a Vastu structure.

4. Vastu Science for 21st Century - Vastu Shastra is not solely an art but a definite science in itself. The book Vastu Science for 21st Century is written by renowned writer B. B. Puri. This book has made an excellent effort to establish this fact that the book attempts to highlight the principles of Vastu science and its application in designing of the built environment to enhance the quality of life. This science is still relevant and effective in the modern life-changing styles of Architecture with universal application of its principles. The author has tried to justify that Vastu principles are much in need in the 21st century in view of rapid advancements man is making in other fields without compensating on ecology front, which forms the basis of Vastu. In the end, an attempt has been made to give a compound solution to the problem of Vastu-based planning.

5. Secrets of Vastushastra by N. H. Sahasrabudhe - Vastushastra is one of the vastu books that defines the science of higher dimension. The concepts therein are based on practical observations, research and development spanning over hundreds of years, and are not derivatives of any speculative teleology. Vastushastra effectively manipulates the web of cosmic energy for the betterment of humankind. The rudimentary proposition of Vastu rests on the assumption that the earth is a living being, out of which other living creatures and organic forms come out, and so every particle on earth and space possesses live energy, and Sky government the principles of creation. These forces act for or against each other to create harmony and disharmony.

6. Architecture of Manasara by Prasanna Kumar Acharya - Architecture and sculpture, both sacred and secular, though, have witnessed the best of human imagination and innovation serving culture and civilization in their evolution all over the world. Coming to the present generation, while the global necessity is the protection of nature, sustainable development, and eco-friendly creations and constructions the artists, sculptors, and architects in the east and the west have started rediscovering the classic oriental standards outlined in scriptures. Manasara is regarded as the most standard and complete treatise, rather the fountain-head of all the Silpa texts. The very name ‘Manasara, means the ‘Essence if Measurement’. In this book, sculptural details of idols of deities of the Hindus, the Buddhists, and Jains, statues of great personages and images of animals and birds are given.

7. Remedial Vastu Shastra - Vastu Shastra is believed to exhibit cosmic energies that can be very beneficial for leading a successful life. Today Vastu Shastra has gained further importance due to the ancient and past monuments. The directions mentioned in the vastu books have been endowed with qualities based on a classification sourced. It is strongly believed that Vastu which is Science of Structure is a promise to heaven & prosperity. But when most of us live an urban life where buildings are constructed mostly without Vastu concepts due to the scarcity of land. So mostly perfect Vastu compliance is almost impossible!

8. Vastu: Astrology and Architecture - Vastu Shastra is like a major organ of Jyotsna or astrology is an ancient science and study of architecture and engineering. The present volume is an outcome of a symposium on Vastu. One of the goals of the symposium was to revive the lost glory of Vastu and show its relevance to modern times.